History of the Governor’s Mansion

The Missouri Governor’s Mansion has been the official residence of Missouri’s Governors since 1872 and is one of the oldest governors’ homes in the United States. Located on 10 acres overlooking the Missouri River and the Missouri State Capitol, the Mansion is listed in the National Register of Historic Places. The Missouri Governor’s Mansion was completed in late December 1871. The Mansion was built in only eight months, with much of the work performed by prisoners of the nearby penitentiary. The cost, including some of the furnishings, was $74,960. Governor B. Gratz Brown and his family moved into the Mansion on January 20, 1872. The Mansion was designed by noted St. Louis architect George Ingham Barnett and is an example of Second Empire architecture, a style characterized by the patterned mansard roof popular in the 1860s. The original three-story structure was built containing 13 bedrooms and no bathrooms or closets. The home includes a freestanding winding stairway with a hand-carved black walnut banister, marble fireplaces, elaborate 17-foot ceilings and handsome Renaissance Revival furnishings. The entry consists of an imposing portico with four pink granite columns, a donation from Governor Brown. Through the years, the Mansion has been restored and improved, but the impressive characteristics of the original Mansion remain. 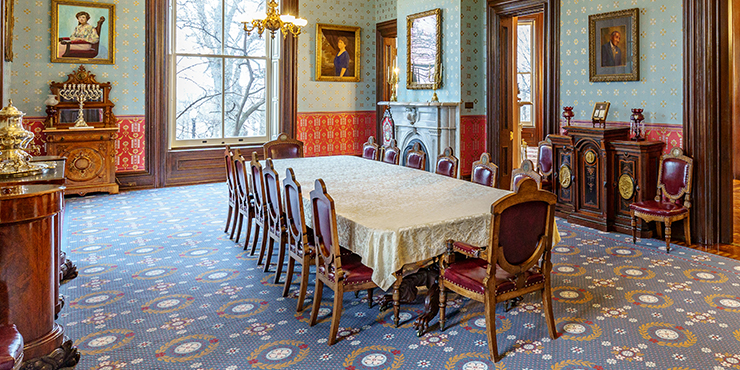 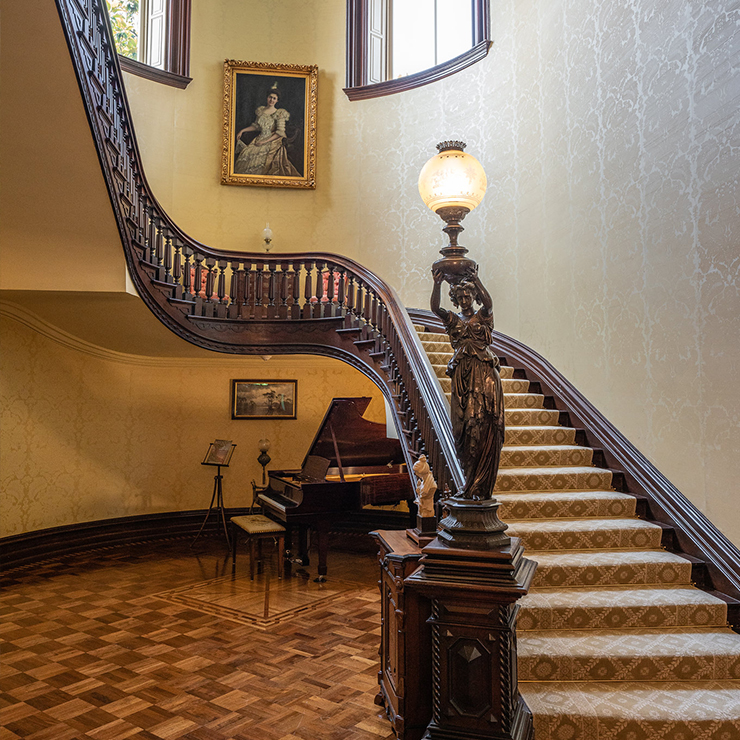 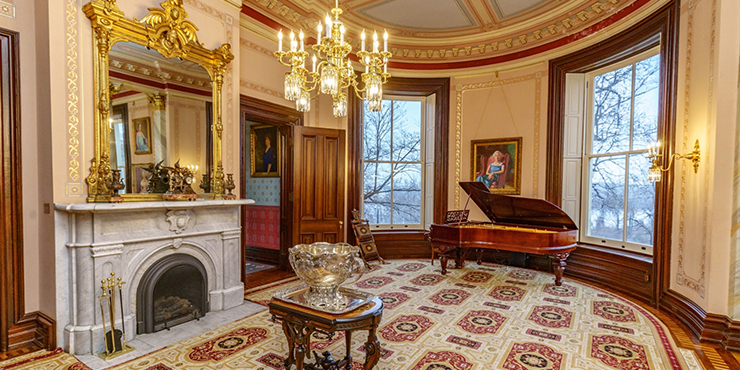 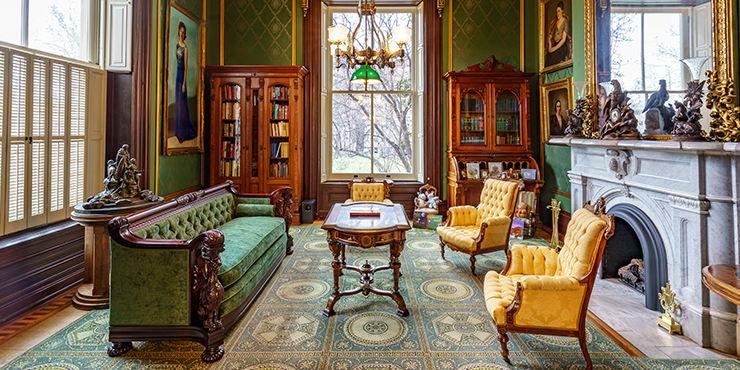 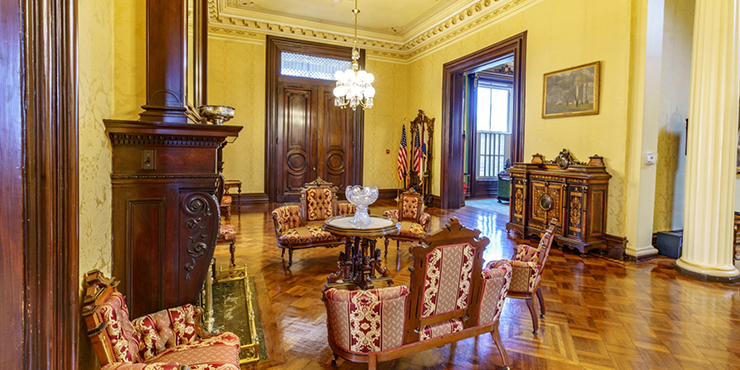 Learn About The Governor's Mansion